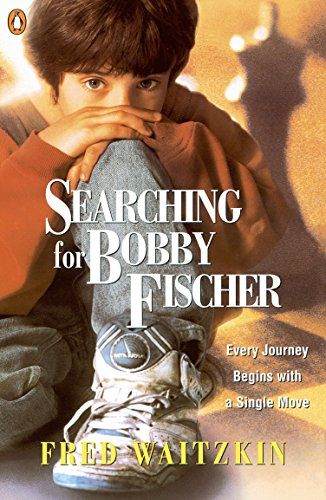 The Father of a Prodigy Observes the World of Chess

Fred Waitzkin was smitten with chess during the historic Fischer-Spassky championship in 1972. When Fisher disappeared from public view, Waitzkin’s interest waned—until his own son Josh emerged as a chess prodigy.

In the past month, I decided to get back into chess, so when I stumbled across “Searching for Bobby Fischer” browsing my library’s collection, I had to check it out. I had heard the title as a kid, but that was the extent of my knowledge.

(As an aside, I didn’t expect the amount of cold war discussion! Much has changed in 40 years, and yet much still remains the same.)

The story’s core is Josh and his chess training and competitions. I saw reflections of my childhood: my passion was computers. I spent hours pouring over obscure manuals and typing programs in from magazines. This was at a time long before computers or programmers were “cool”. Controlling the blinking cursor on our TV captivated my imagination.

Computers also fascinated my father. It was our shared interest (like chess for Fred and Josh.) And like Josh, I soon outpaced my dad.

I think that difference meant Dad and I could continue our interest for decades without outside forces interfering. I’m glad that Josh and Fred appear to have a healthy relationship. Josh did and saw amazing things, but as a parent, I’m not sure the years of stress and tension were worth the lost childhood possibilities.

Throwing around the word “prodigy” is a curse. It sets kids up for failure. Let them find their passion, encourage it as best you can, but don’t place your expectations upon them.

Check out this book for the cold war chess politics, the father-son dynamics, and the world of competitive children’s chess.

A couple of weeks ago I decided to redo my Neovim configuration and lean into Lua. The goal was to optimize startup performance and improve usability.

For years, I used Plug to manage my vim plugins, but after seeing TJ DeVries experiment with lazy.nvim, I decided to go all in!

By far, the biggest challenge was learning Lua 5.1. All the scripting languages I’ve used in the past (Ruby, Perl, Python) emphasize a “batteries included” approach. Lua, in contrast, felt like I had to assemble everything from tiny parts.

Once I got past the Lua hurdle, the rest of the conversion was straightforward. Most of the time I could swap out Vimscript with neovim Lua API methods via a regexp.

I’m pleased with the results. Startup time is faster, there are fewer weird bugs, and I understand all the configurations.

📚 Algorithms to Live By 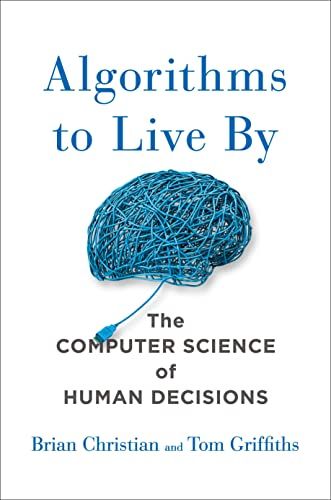 Algorithms to Live By

The Computer Science of Human Decisions

by Brian Christian and Tom Griffiths

What should we do, or leave undone, in a day or a lifetime? How much messiness should we accept? What balance of the new and familiar is the most fulfilling? These may seem like uniquely human quandaries, but they are not. Computers, like us, confront limited space and time, so computer scientists have been grappling with similar problems for decades. And the solutions they’ve found have much to teach us.

Fascinating book on how the problems of computer science apply to “real life.”

I know about time/space trade-off with computers, but never considered how this can also apply to life. Or how some problems are wicked problems.

Whether you’re a computer science expert or not, the ideas presented will change how you view potential decisions.

So, here’s the trick: assign each of your top-12 most used apps to an F-key.

Max uses KeyboardMaestro to show/hide the apps, but we can do the same with Raycast (which I already use, and it’s free.)

I have a 2019 MacBook Pro with Touchbar so the first change is to always display the function keys. 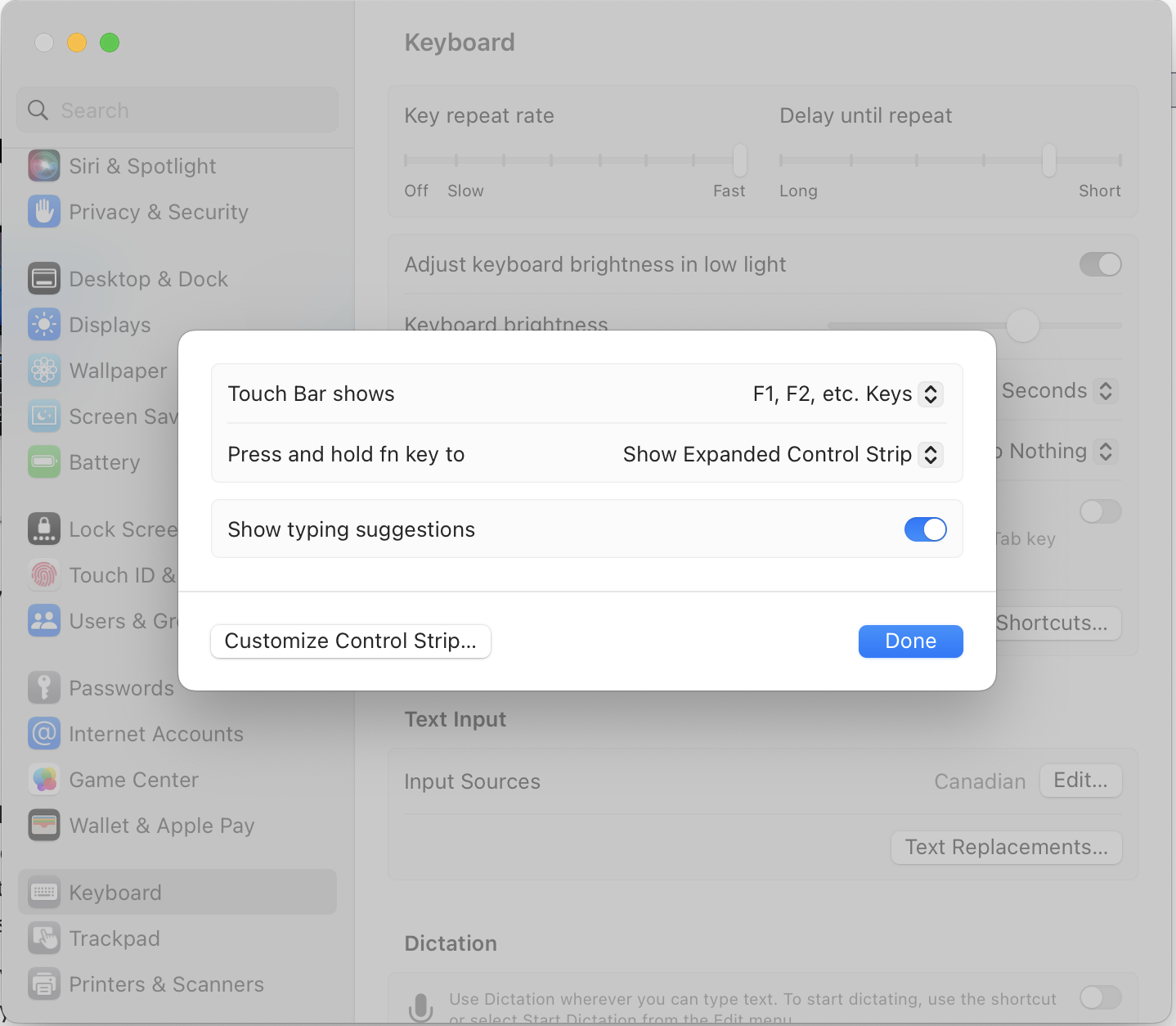 Open Raycast (I use ⌘Space), find the application you want to assign to a function key, and go into application configuration (using ⌘⇧,) 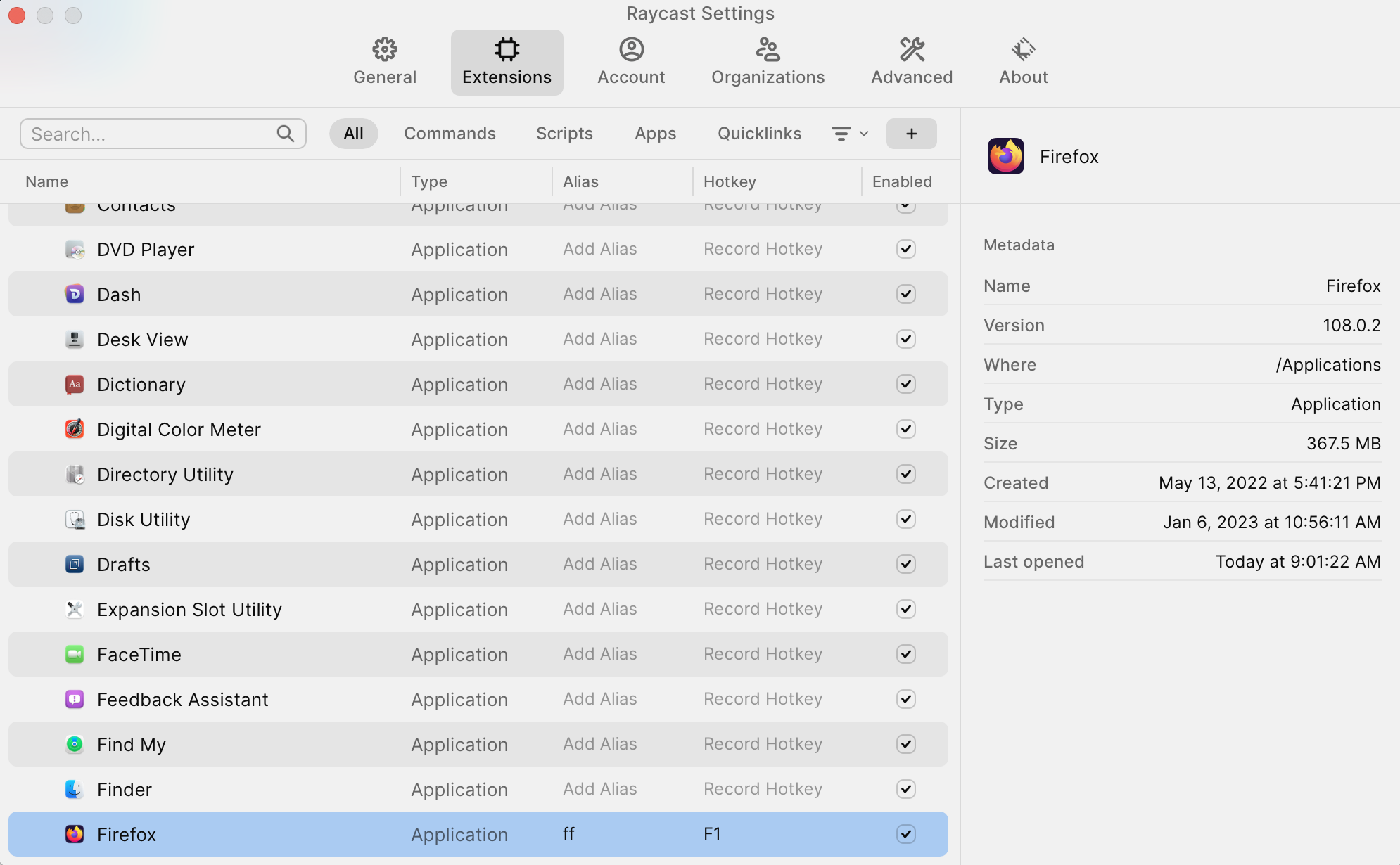 Hit Record Hotkey and assign it to whatever Fn you want!

With a new year, it’s time for a new look! Over time, I found the old design too busy. I didn’t have a good idea for a new theme until I happened across Thomas A Caswell’s site. Drawn in by the clean design (inspired by Blue Penguin), I created a new Hugo theme!

I had to make some changes to preserve existing links from the old theme and to maintain the banner images on a smattering of posts.

No Javascript and a lot less markup and CSS.

And if I ever want to switch back, it’s a config.yaml away!

Yearly Theme: The Year of Creation

I’ve listened to Mike and Grey talk about their yearly themes since 2017, but this year I’ve finally felt motivated enough to commit to a theme.

If you don’t have the time to listen to dozens of hours of podcast episodes, Grey has a great video explaining “yearly themes”:

2020 was a rough year for more than just the pandemic. My parents were diagnosed with cancer. I felt like my life stopped as my attention focused on their care. Mom recovered: dad didn’t.

With my father gone, I picked up the pieces for my mom and helped with all her issues. I deprioritized myself and began to languish. Days spent working as nights devolved into mindless Youtube videos, endless refreshing of my RSS feeds, and bite-sized articles saved to Instapaper.

After almost three years of this same grind, I can’t keep going on the same path. I started replacing Youtube with books and read almost 20 books since May.

While reading is better than watching, it’s not the same as making.

Therefore, 2023 is the year of creation!

Using Scriptable, I created a yellow sticky note in my phone’s today view to remind me of the year’s theme. 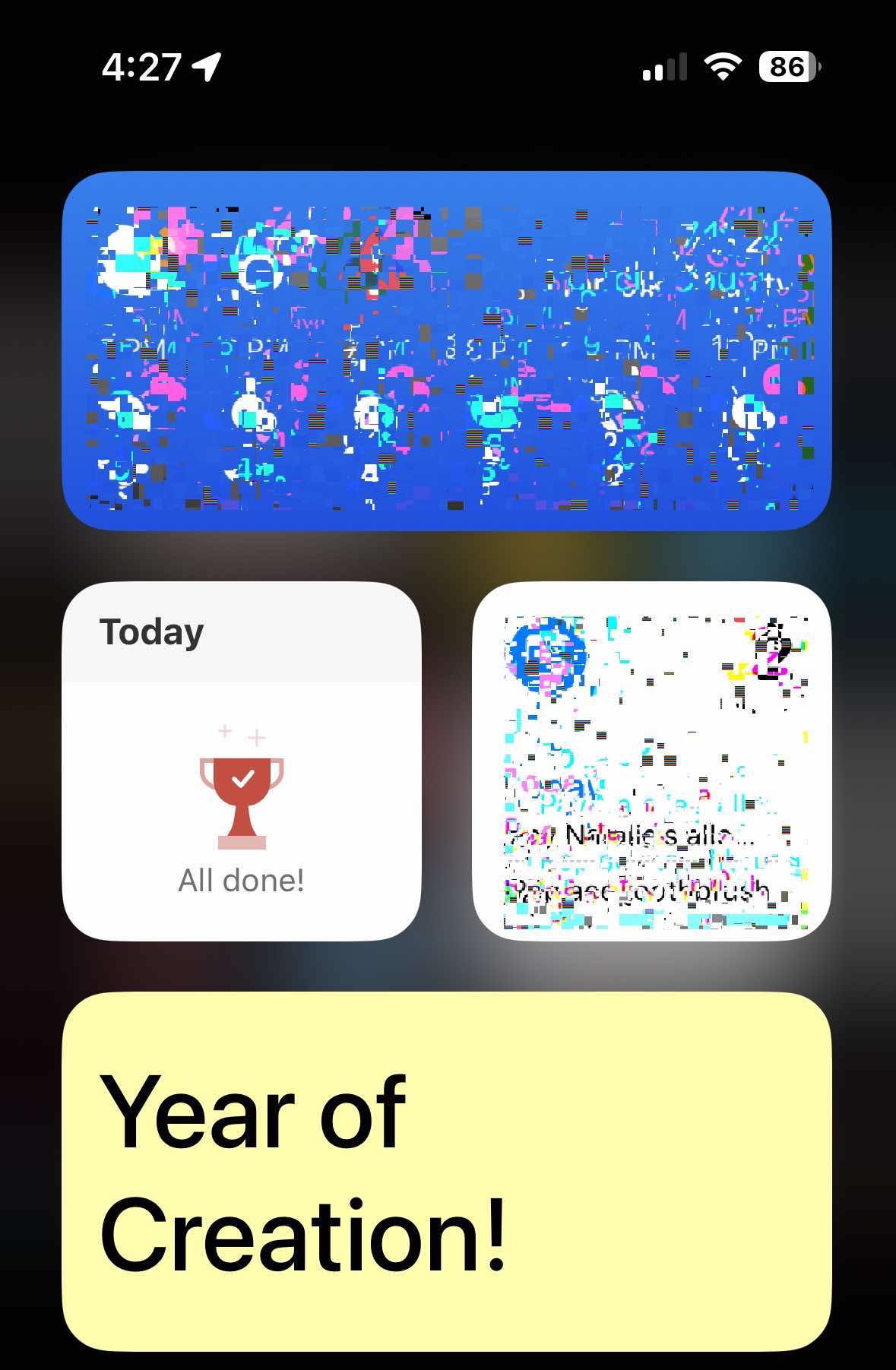 Seventeen Years and a Million Lines of Code

I was looking at my old development projects recently when I noticed that all of them predate 2005. In 2005, I started work at ePublishing as a Perl developer. In the past 17 years I’ve been:

In all that time, I’ve written hundreds of thousands of lines of code (maybe more than a million), but it’s locked away.

It’s a bit depressing that almost two-decades of creativity is forever hidden from view. It’s the curse of corporate development: we can write blogs, give talks, and prepare papers, but we can’t show the code itself. All anyone sees are shadows on the wall.

More companies should release their source code. Most of what we write is not the company’s crown jewels. Let people see how you solved that weird 3rd-party integration! Or how you monitor some obscure open-source service.

Every company is standing on a mountain of open-source code. Give back and let your developers have the opportunity to show off!

In a recent twitch stream, Gary Bernhardt showed a bit of behind-the-scenes in how he prepares his development environment for recording a screencast.

One of the tools he showed in passing was gem_home by Hal Brodigan.

By using gem_home, there is no longer a requirement to prefix all ruby commands with bundle exec. All the gems for a project are local to the project, which eliminates conflicts that might arise when gems for multiple projects are mixed together in one location.

Eliminating the need for bundle exec allows commands such as rspec to execute much quicker!

Unfortunately for me, I recently switched over to using fish shell from ZSH. Hal’s gem_home only supports Bash and ZSH. 🙁

One nice thing about gem_home is how simple and straightforward it is. In a few hours I was able to replicate its functionality as a fish shell compatible script!

If you’re using ruby and fish shell, I would highly recommend using my implementation of gem_home along with Jean Mertz’s wrapper around chruby. Both of these play well together.

vim-rails is enabled only if config/environment.rb is present in the Rails working directory.

At work, we have an engine based working directory that does not contain this file (as there’s an embedded application within the engine.)

To enable vim-rails, I need to do:

Within the repo to enable vim-rails support.

To write understandable code, always ask the question of who your audience is. What level of experience do they have? What are the prerequisites they should know before reading this function? There are even differences in the semantics between programming languages, so knowing the best practices, and the language coding style, will ensure you are writing readable code for developers in that language.